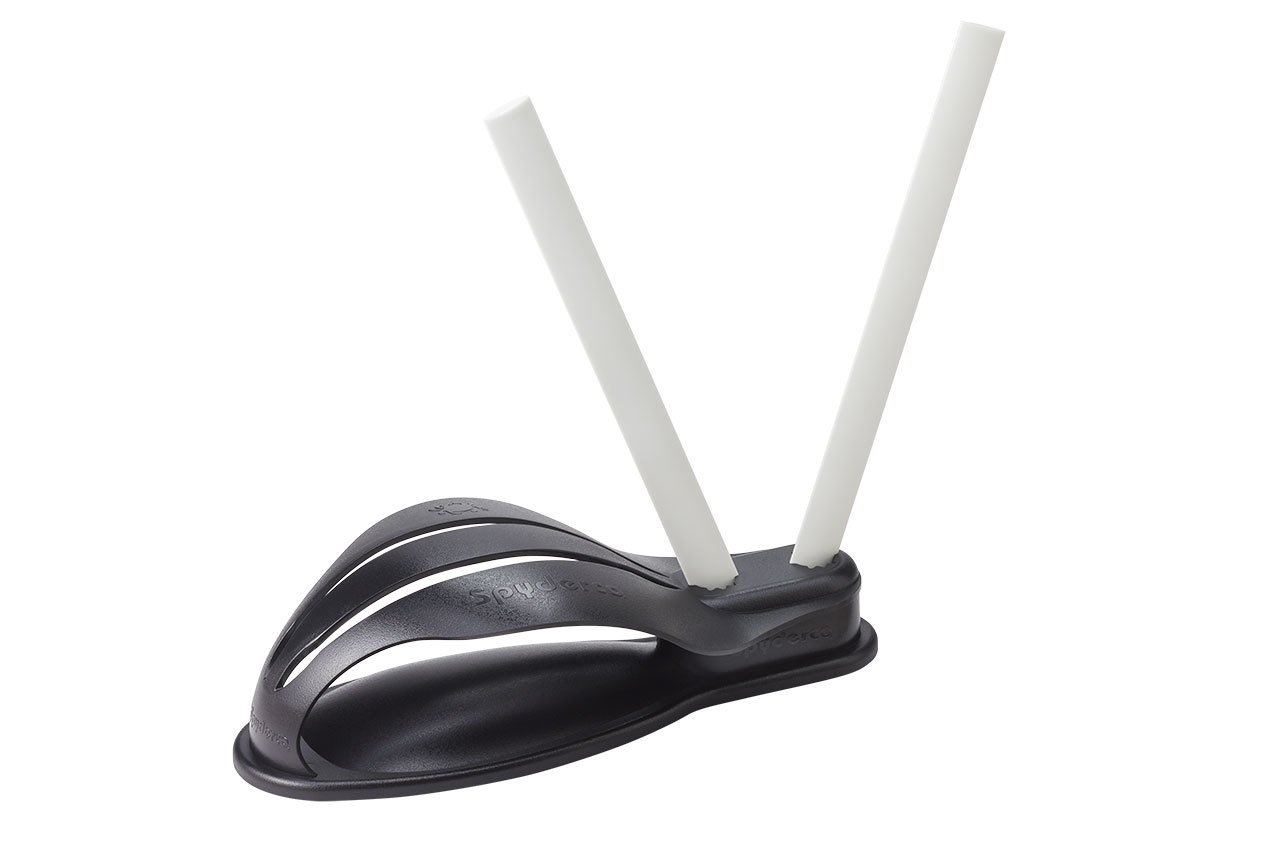 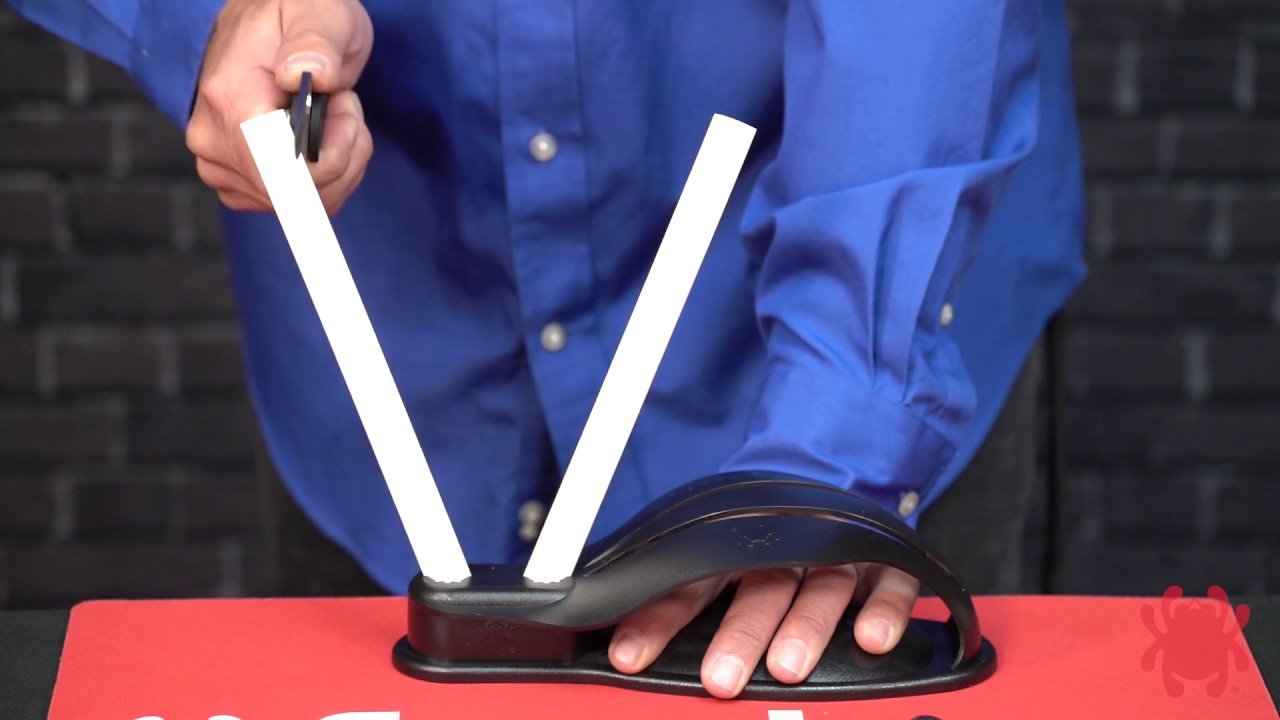 The Gauntlet from Spyderco is a simple, easy-to-use sharpening system that enables users to achieve razor-sharp edges in just a few minutes without electricity, oil, water, or complicated clamps or fixtures. Its injection-molded, high-impact-plastic base has an integral handguard and specially designed holes that hold abrasive rods at the perfect 40-degree angle (20 degrees per side) to create keen, long-wearing edges. The rods can be rotated in the star holes to expose fresh abrasive surface or for use on serrated edges. The handguard allows for a solid grip and optimal protection. Made in the USA!