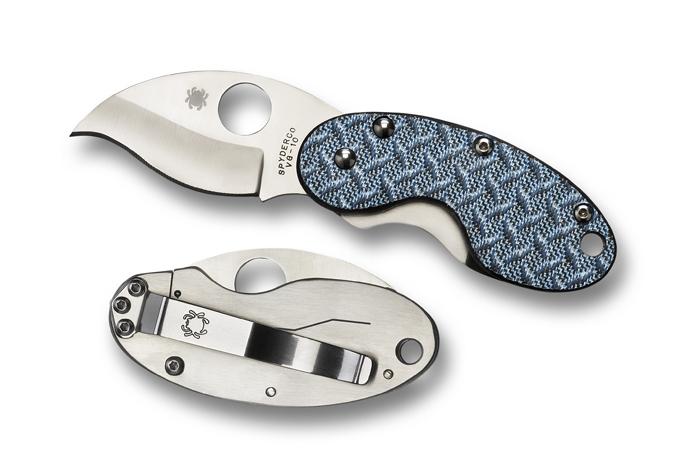 This item is no longer in production …

Compact, unobtrusive, yet capable of cutting performance far beyond its size, the Cricket has long been a Spyderco fan favorite. This version of this handy tool features a spectacular blue Nishijin glass fiber scale. Inspired by the intricate Nishijin weaving process developed in Japan more than 1,200 years ago, this stunning material complements the handle’s stainless steel scale and Reeve Integral Lock (R.I.L.) mechanism to yield an elegantly functional modern pocketknife.