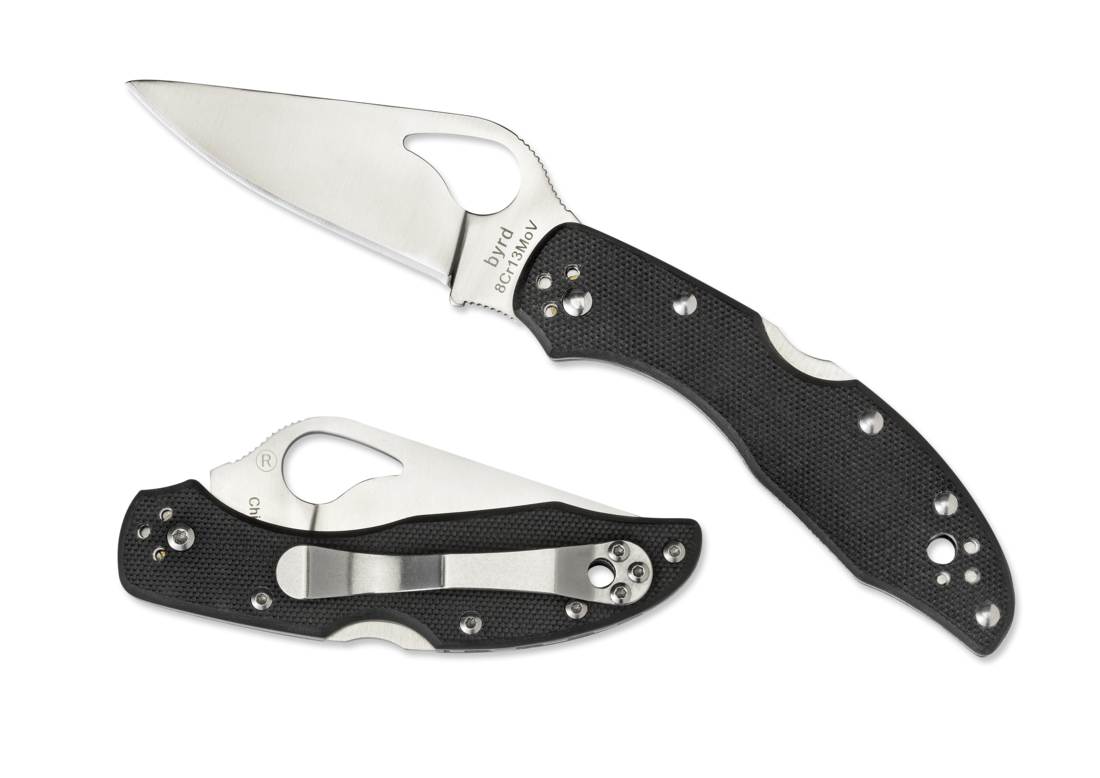 The Meadowlark 2 with a G-10 handle has a full-flat ground high performance 8Cr13MoV blade. Shaped like a “comet” the hole in the blade symbolizes quality and careful manufacturing tolerances. On the blade’s spine is a group of crosshatching called jimping. Jimping enhances the thumb’s grip on top of the blade making cutting slip-resistant. A finger choil enhances the ergonomic G-10 handle adding comfort and control. Mid-positioned back lock has a David Boye cut away dent, a safety feature allowing the handle to be tightly gripped without unintentionally releasing the lock.The stainless steel blade features a full flat grind, offering superior edge geometry and low-friction cutting performance.