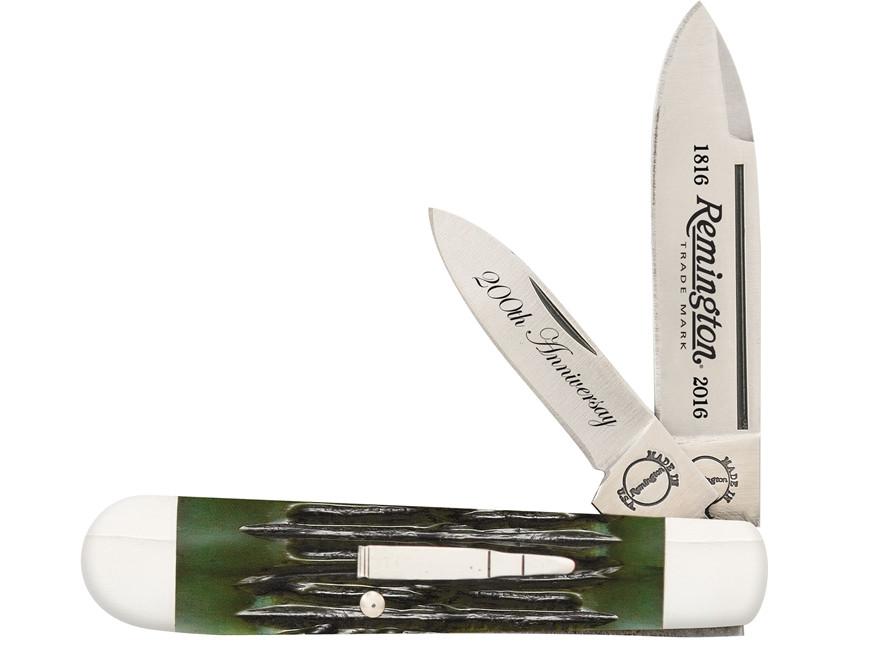 Remington Arms Co. entered the knife business in 1920 by building a factory in Bridgeport, CT. They put a rifle cartridge shaped shield on the front scale/handle of a Trapper (R1123) in 1922 which became known as a Bullet Knife. In 1940 Remington sold the entire knife operation to Pal Cutlery Co who closed the plant in 1950. In 1982 Remington re-entered the knife business with Camillus Cutlery Co. (Camillus, NY) contracting the Bullet Knives for them. In 2006 Bear & Son Cutlery (Jacksonville, AL) made the Bullet Knives for Remington in Jacksonville, AL. In 2018 Remington awarded the contract to Buck Knives (Post Falls, ID).